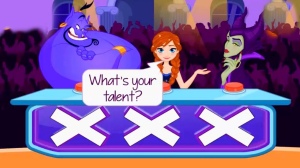 Last Wednesday I was on Tv.
Well, not precisely on tv, more behind it, but not just behind the camera either. So you are probably wondering what exactly did I do last Wednesday as I was on tv but neither in front of the camera as a protagonist nor behind it as a “director”.

While telling you about my truly madly ordinary day at the studios, I will be meticulous to use the right conjunction and don’t allow myself to apply the Italian thinking to the English grammar. A slip already occurred and that costed the poor lady I was talking to fifteen minutes of mental confusion and distress. In the excitement of telling her about my day at the studios, I accidentally said “in Tv”, instead of “on Tv”.
I know, nearly a capital sin and an unforgettable grammar mistake but, would you not get what I meant? Or would you think I wanted to say I stepped into the tv,literally? Seriously, would it even been possible nowadays with the flat screen TVs? Maybe in the old days with the good old cathode ray tube TVs, and still it would have been awkward anyway. Thankfully I soon enough realised my slip of grammar and took her out of her misery because she had not found the courage to ask me what I meant yet.

That said, and closing this little digression, I will now take you out of your misery, revealing what this whole tv thing was.
Our friend ‘s talented daughter had arrived in the finals of a singing competition and myself and another friend has been invited to assist the filming of the show.
None of us had ever been to anything of the sort, and once we had the ok from her husband to mind all the kids for the day, we immediately accepted.
The journey took longer than expected and if we arrived in time for the show, we had instead missed the coffee in the canteen with all the tv stars.
The finalists were all accompanied by parents, siblings and a pick of seven selected supporters of their choice which had to stay in the audience and clap and cheers every time the producer was rising her hand.We were among them and I can now understand people who get paid as professional clappers because at the end of the four hours I had pins and needles all over my hands and my butt. The audience doesn’t get any break, you take your seat, and you don’t move until the show is over. Then, when you eventually do get up, it is like after an intercontinental flight: your ass has pins and needles and feels flat and wide…wider than usual, for some.
It takes few shakes, and some walking around for it gradually go back to its original round tridimensional shape.

Along with the parents and relatives and friends, in the audience, there was also a class from an only boys school. The brave teacher who brought the 42 hormonal teenager boys to watch some equally hormonal teenager girls singing was sitting beside us, and for the entire time of the show she never stopped pulling her neck and checking on her students who, I must say, have been very polite and quite. I wonder if she traded an A-plus in the next essay for absolute silence during the recording🤔.The only moment when they became slightly animated it was when they realised the whole show, songs included, was in Irish. A little detail the teacher had forgotten to tell them. We felt sorry for them, even if they were indeed in a better position then me and my friend: one Italian and the other Swedish. Not even the Irish -English vocabulary could have been of any help as there is not one single word in Celtic that you might be so lucky to pronounce as you spell it.
At the end of the day, even if it would have been nice to understand what the judges and the presenter said, it was an enjoyable experience.
It has been nice to see how things in tv work, to see what lies behind the scene. We learned that what we usually think is live it is most likely not: there is no such a thing of surprise phone calls to the winners or surprise announcements. On the other hand, we also learned that what we always thought to be a prepared act, it is not: parents and siblings breaking in tears of joy or sadness and screaming like lunatics is not a fake. Some of them are really reacting like that! Maybe I can’t understand what is like because I have daughters of no talent but, in total honesty, even if they had some, I don’t really see the travelling husband going through a box of kleenex, as much as I don’t see myself surviving the physical and mental stress these committed parents go through.

Unfortunately, our friend’s daughter didn’t win, despite her fantastic voice and the beautiful song she had written with her father. This girl comes from a family of real artists: musicians, singers, songwriters and painters. Her presence at the contest was not the result of pushy parents convinced that their kids are talented and when this is not enough they call in the intervention of high heels and heavy makeup. Our girl was there because genes are genes, and in her case they didn’t fail her. Her bare face, her flat shoes and genuine talent supported by her discreet parents will be her key to success: of this I am sure!

23 thoughts on “A Truly Madly Ordinary Day At The Studios”