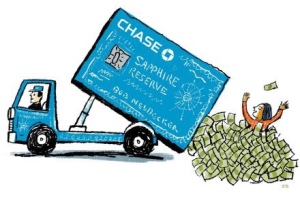 And with a standing ovation of all the mothers in the world, the school reopened.
Thursday was the big day. The day we all regained our free mornings.

I seriously doubt I was the only one excited :the girls, in fact,after two months of isolation, (not that either of them ever made a significant effort to socialise with the other kids at the beach), clearly needed a break from one another and their parents . Despite the fact this past summer they must have been stung by some exotic mosquito that poisoned them with a sudden urge of constantly staying with us,I still think I saw unmistakable signs of been fed up with me and my voice;at least as much as I was fed up with them and their voices. Nothing to feel guilty about,just a normal physiological reaction that every stay at home mother develops at the end of every school holiday.And whoever says otherwise, they lie.Guaranteed!

The thought of those few hours of peace and silence in the morning will nearly make you enjoy covering and labelling the school books, the most tedious of the jobs that usually leaves you with pieces of bioadhesive sellotape all over your hair.

When the dogs saw the school bags and lunch boxes ready in the hall, couldn’t hide their excitement too.
After three weeks in the kennel, they certainly needed no break from their family, but they sure needed to go back to their long walk on the beach along with all their four legs friends. Kurt excitement slightly faded away when he understood that, because we were using the travelling husband’s car, he had to go in the boot instead of sitting as usual in the back seats between his two legs sisters.
In the meanwhile,Clara, whose hearing and sight dramatically deteriorated along with her dementia, had not got yet that she will be stuck in the boot with big ears german, once again.

The weather is still lovely: crisp and dry with nice sunny spells.
The summer beach people are gone, and the regular dogs’ walkers are back to be the undiscussed kings and queens of the territory. Most of us haven’t seen each other for the whole summer and so this morning is all about greeting and catching up.

The first day fully back in business after all this time calls inevitably for a coffee after it. Coffee, chat and catch up …no cakes as now, of course, we all have to lose those few pounds gained over summer. The first day back resolution.A resolution that will probably last until next week when there will be for sure some excuse requiring friends ,coffee and comforting food.

The walk and coffee trio (me,SJ and P), in an extreme optimistic impulse, paid the parking tickets only for half an hour. Being the first entirely free morning, we all have thousands of those boring tasks typical of every household to do and catching up with.Ergo,the coffee must be ideally a quick one. As I said, it was an incredibly optimistic projection, not to mention the fact that we had a fourth guest at our table and so more summer adventures to be processed.

I was the first to leave, a demonstration of discipline and will to get back on track.

On my way back home I stopped at the village garage to get petrol. The travelling husband always complaint about mine attitude to consider the red light of the petrol tank more an ornament than an actual invitation to fill it, but he is not of any better and his car is always in reserve. The only difference is that he usually fill it up promptly.

I make the petrol and go inside to pay or,at least to attempt to pay. On my return from Italy, I found the renewal of my debit card that is expiring at the end of the month. Because the old card is not out of date yet I am keeping using it, and it is working.The one that apparently is not working is the new one and in fact the one time I tried it,it didn’t work.Persuaded that before making any card swap I need to wait for the 31st and proudly satisfied that for once that I needed petrol I had my wallet with me,I inserted the card in the machine and waited for the transaction to be approved except, it was rejected!
The first thing I thought it was that maybe the fact I had used the renewed card once had now disabled the old one and so I tried a new transaction with a different card: failed!
The garage lady says that maybe is the machine and she makes me try at the other till but with no better luck. I am keeping both tills engaged, and a short queue had formed behind me. With a slight embarrassment, as in the privacy of the village petrol station shop everybody can hear what it is happening, I ask to try my credit card. It fails too!!!. The garage lady is lovely and says not to worry because I can pay cash, but I have no money with me and none of my cards is working at the atm either. Now the embarrassment is officially huge but also my disbelieve at what is happening because I know it is not a funds problem and I honestly can’t explain what is going on. I don’t know what to do but banging my head on the wall and cursing my husband who left me the car with no petrol.

While lost in my desperation a big bulb lightened up in my head: a revelation! On Monday I went to the local branch of my bank to have my details updated after the adoption. They said I would have received a text, as I did, confirming that my name was changed and new cards were issued; they also said I could still keep using my old cards with the old name until I had received the new ones. Now,because banks are banks, and because like insurances between what they say and what they do there are the whole seven seas in between, I rang them. After twenty five minutes on the phone while I was transferred from an office to another, passing through multiple operators who all made me the same questions over and over again ,eventually my suspects were confirmed:they updated all the details and issued the new cards so now as much as they are concerned I only exist as the person named in the new cards. The old cards have been blocked. The old me is just a fraud who does not exist any longer but nobody bothered to warn me: unbelievable!

Under the watch of the garage lady, who never took her eyes off me, just in case I attempted a run with an unpaid full tank, I showed all my outrage on the phone :”what if I was far from home, that would have been a really really shitty situation! “.After an other ten minutes on the phone ,they kindly confirmed me that there was nothing they could do but giving me the new card expire date to insert the details manually and try to pay that way. Not satisfied but happy enough that there might be a chance I can pay for my petrol, I go back to the garage lady and ask her to do what the bank said.
She is not impressed,this manual thing is time-consuming, needs the manager authorisation and the manager is not in store today,I have been told.
I am going to that petrol station for years, and it is a family run business, I can’t control my frown at her words: “Seriously? The manager? He is probably your husband who is out there somewhere golfing, and you are pissed just because you are stuck here and inserting cards numbers manually!”,”And I bet he is the same who said I couldn’t pay with Apple Pay and made me beg my friend P to come and lend me some money.Why are you making my life so difficult boosting my hostility and hate for spending money on petrol?!?”.
Of course I don’t say all that.
“I am so sorry. I will try to call my friend and see if she can come with some money”, that is what I say instead.
“lovely”, the garage lady says going back to her nice self.
I rang my friend P who lives near by.I explained the situation and in a matter of minutes here she is ,my saviour, in her shining armour, saving me for the second time from the evil world of petrol stations.

54 thoughts on “A Truly Madly Ordinary Cards And Petrol Misadventure .”