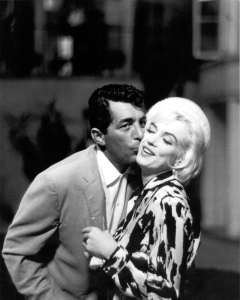 The glorious summer weather that was with us since last Friday is giving us a break today. It is still warm but cloudy, humid and heavy. Low clouds impair the visual of the horizon. With the weather, I am taking a break too. The past week has been long, and I am starting to feel the tiredness.
I barely had time to open WP or write, but I had a great time with my mom. She needed some rest and a change of scenery and came over for the week. Perfect timing as to when she arrived the travelling husband left. I won’t indulge in any sarcasm about that because she discovered google translate and occasionally reads the blog.
I am afraid this discovery of hers is going to put an end to my making irony about how much I have to clean before she comes. She can now read I don’t clean behind my couch and toilets every day. In the same way, she might discover that the bag of paraphernalia to be stored away and that was happily living in my landing for the last three months, left to go to the attic only an hour before I went to pick her up at the airport. To be honest, it is no secret that the family cleaning freak gene skipped a generation and went straight from her to my cousins, her sisters’ daughters. Thinking about it better, my aunts are cleaning freak too, not to her extent but they can do quite well for the cause of the family. Maybe it would be correct to say the gene didn’t skip a generation but just one cousin: ME. At least, I have been spared from the worrying wart gene too. In the end, it is not a total loss.

Nona arrived right in time for the fiddle concert of daughter number two. High excitement in the child and great exception in the grandma who probably was not expecting to have to endure over one hour of beginners tunes plus another hour of advanced tunes. In fairness, the advanced students were healthier for the ears of the audience but, still, a threaten for the mental health. At the end of the first part of the concert, that was also the end of the beginners’ performance, Nona didn’t hide her will to take her granddaughter and go. Upset by the fact she couldn’t, she then didn’t conceal her boredom for the rest of the concert and neither her intolerance for the younger and very noisy siblings of the performers either. No doubt these are the occasions when she regrets to be still too young to wear a hearing aid that can be opportunistically removed according to the situations.

I confess I was concerned to have my mother, my dogs and the foster dog all under the same roof for a week. On purpose and out of cowardy I omitted to warn my mother that Indie started to suffer from cystitis after her surgery and had no control over her bladder. The plan was that at the first accident at the presence of Nona we would have just pretended it never happened before. The girls spent days practising their outraged and surprised reactions. Nona is a cat person, but she fell in love with Indie. I can understand it because she is adorable, but I would have never expected from my mother. Maybe it is the fact that the dog is quiet and not a perennial tornado around the house like Kurt, or perhaps it is the fact that doesn’t attack you everytime you sit at the dinner table like Clara. Whatever the reason Nona and the foster dog bonded since day one and if it was not for those two centenary cats she still has in the house she would have considered to adopt her. I wonder if the cats would survive the scorching summer they are going to have in Italy this year.

For the past week, the house was a girls’ kingdom. Exception made for the giant dog. It went very well but by Friday I missed the travelling husband and my free time and Nona started to struggle to hold her tongue on those suggestions that are supposed to help me be a better mother a better wife and a better housewife.

Her flight was in the afternoon. We had time for some last minute shopping and browsing around in one of her favourite garden centres.
We split for a brief time, and when I went back where she was, I found her using all her shy English to converse with an old man who soon started to sing a Dean Martin’s song.
He said he always wanted an Italian girl and if she was from Venice even better. My mom successfully passed his test agreeing he resembled more George Clooney then Brad Pitt and qualified as the perfect candidate for his future romantic plans. Unfortunately, I had to break his heart and hopes to inform him my mom’s husband is still alive. With great disappointment, he kissed her hand, and after making sure she would ring him if suddenly becoming a widow, he left. Amused by the strange encounter and touching all the wood around us, we went too.
Now I know my talent to attract odd people and situations might be genetical.