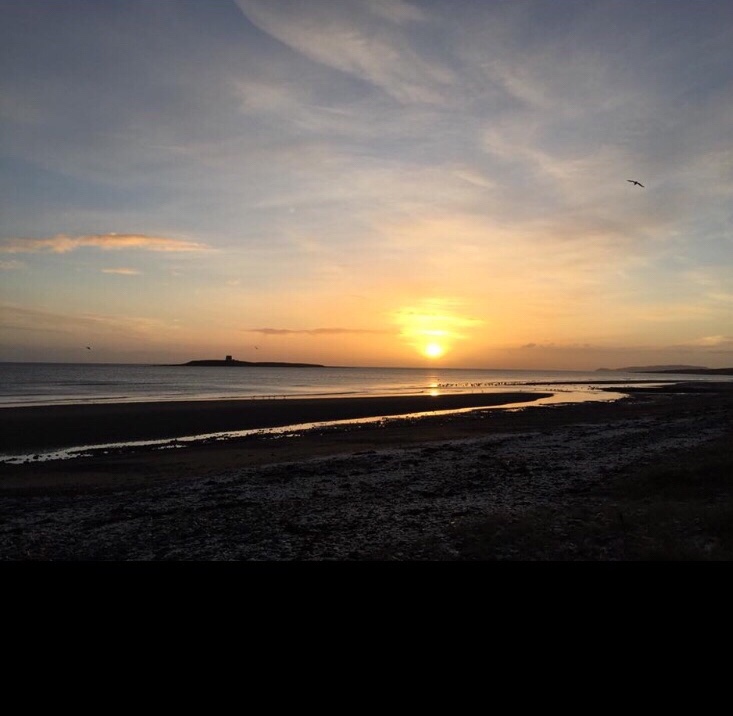 An other Wednesday of weird weather.Last week it was fog and this week it is snow.It started to snow yesterday afternoon and a layer managed to stick on the ground.It was pleasant to hear the girls laughing outside while throwing snow balls at each other.Their cheeks as red as a clown’s nose when, eventually defeated by the cold and the darken of the day,they came inside.When night came,I relax sipping my whiskey on the coach.A tartan blanket on my legs and the cracking fire watching over me like an old protective and loyal friend .The road outside was covered in snow but it was not just white.The light of the lampposts turned the snow into a gleaming gold color. I was in my own world, captured by the outside view. I eventually got the energy to get up and try to let the dogs out before going to bed.C didn’t want to leave her warm bed where, she was profoundly and noisily sleeping already .I literally had to drag her.K didn’t have to be convinced to go out for the last chance of a play and a run before settling for the night.I was freezing but very much entertained by his attempts to catch the snow flakes that still were falling.

When I woke up this morning it was not snowing but the roads,the cars,the gardens……everything was covered in snow still. The girls were excited at the idea of an other white day .I knew it was not going to last.It was probably be all melted by afternoon plus,the forecast called for rain later on in the day.
I am driving cautiously.The path in front of the school is lethal,and the three of us nearly fall on our buts legs up.
The beach is a surreal vision ,it is a mix of brown ,green and white patches. The sea is deep blue, a fire ball raising from it at the horizon.The sun is going to be up and shiny soon .The promenade is icy,not many people challenging their legs this morning.Dogs owner,instead,are not threatened by a bit of ice and snow.

Half a way on the road back home, just after a blind turn, a track is standing in front of me with his hazard warning lights on.I approach a bit further and stop diligently switching my hazard warning lights on too. Sure I don’t need someone coming up the hill and bump into me.What I didn’t consider,it was the chance to be bumped into from the front.
In front of the track there is car stack in the snow,one wheel off the road.It can’t go either back or forward.On the other side of the road there is a minivan pulled over.The driver of the minivan and the driver of the car are talking from their windows.Me and the track are still patiently stopped behind them.The Road is too narrow to overtake and there is no visual.A girl gets out the car to let the man from the minivan in.He tries to make the car move.There is a loud noise and a heavy smoke but no movements….The car is anchored on then ground.The minivan, instead, starts moving.Slowly but surely it is coming down the hill, my direction.The track doesn’t seem disturbed at all but, it is big!I am small!I quickly pick up my phone to take a picture:I needed the proof that for once it was not my fault. At this point,I need to come clean and say that the front passenger door of my car has already a big bump from last time I changed my mind and direction on a roundabout and crashed into van.No big deal,it was already rusty, all scratchy and with a missing front light so the driver was just happy for each of us to pay our own damages.

Back to the road,I have my picture but I have absolutely no idea about what I am supposed to do. Instinctively I am shrinking my self in the car like if that make the car slimmer too.I rolled up the back window as the giant dog has his head sticking out and I don’t want him decapitated.Leonard Cohen is singing Halleluja on the radio and ….”halleluja and thank the heaven”the girl from the car run after the minivan,miraculously not slipping on the icy road and managed to get in and engage the hand brake.Few more “woooo” accompanied by a strident noise of gears,brakes,accelerator and who knows what else and car is moving.Me and the track are free to go too.

At home,the lane is still covered in snow but it is melting.
The house is freezing.First thing first,I turn the heating and the coffee machine on .”Bling”,a text on my phone.It is a selfie of a very smiley traveling husband,driving a convertible under a bright warm sun:Seriously?????Now,as he is not a man of many smiles and I don’t see on the passenger seat a bimbo who,would put a smile on any man face,….I must only assume that it is true what they say:the weather makes our mood!